They are streaming which is a good thing since this is a fairly low powered station that only reaches part of the metro OKC. Took me a couple of tries to connect with Winamp, but I can listen. Low bit-rate for now, but I'll take it.
Click to expand...

Awesome! I'll check it out. Thanks.

I tuned in about an hour ago on line.
Pretty cool alt station. I'm digging it!
Hopefully they start telling you what song is playing soon.

Same here, but listened for about 6 hours last night (until about 2:00am) while working. Why can't a pay service like Sirius program something like this. It wasn't quite XMU/left of center due to playing some older stuff mixed in with a few less obscure alt favorites (better IMO). Was very listenable over a fair length of time. Would have started hearing replays on alt nation within the 6-hour period.

Better sound quality and knowing what is being played will make things better. Bookmarked for later listening.
A

Glad you like it guys! The Spy is how I was really introduced into all the cool Alt music (both old and new) and it is nice that it is back.
We sought out Satrad when the station was originally taken off the air. I love my satellite, but it is great to have a local outlet now with deep tracks.

I think they are just getting off the ground and will hopefully make improvements to the feeds. From what I understand the station is a work in progess led by the
DJ of the former station who bought it from Citadel.

In the search for stations field if you type in "KINB", it will pull a playlist. It's not
complete and I have no idea how this website works, but it can give you at least
some of what is played.

Because they didn't ask us first.

KVOD 88.1 Classical
KGNU 88.5 Public Radio
KCME 88.7 Classical (can't be picked up in the Denver market since it's in Colorado Springs and the interference from KGNU, 80 miles down the road, not sure why it's even listed here)
KUVO 89.3 Jazz
KXWA 89.7 Christian Contemporary
KCFR 90.1 NPR/Public Radio
KTLF 90.5 Religious
KLDV 91.1 Christian Contemporary (K-LOVE)
KUNC 91.5 Public Radio/NPR (Greeley, Colorado about 45 miles north, but it gets a signal here)
KJMN 92.1 Hispanic
KWOF 92.5 Country
KTCL 93.3 Alternative (Was a very good station in the days when it was based in Fort Collins and played stuff no one else would, now it's a Clear Channel owned POS).
KILO 94.3 Rock
KRKS 94.7 Religious
KPTT 95.7 Urban Contemporary
KXPK 96.5 Regional Mexican (Was at one time another damn good, alternative station along the lines of a cross between XMU, The more alternative stuff on a station like the Loft, and First Wave, now, well...)
KBCO 97.3 Adult Album Alternative (Another one that broke a lot of artists careers in this area, and was playing the likes of Melissa Etheridge before anyone else was, at least in this region, again owned by Clear Channel).
KYGO 98.5 Country
KQMT 99.5 Classic Rock (Started off real promising, with Deep Tracks and knowledgeable DJ's who knew their stuff, now they fired most of the good DJ's and went all-hits)
KIMN 100.3 Hot AC (A station not NEAR deserving of these heritage call letters, the OLD KIMN was on 950 on the AM dial and played oldies for a lot of years before giving way to classic country and eventually sports talk on that frequency. Ironically enough, 950 is NOW a true oldies station, don't know why they don't switch these calls there since it would make a lot more sense, instead of having them on a station that plays Nickelback and Matchbox Twenty every hour on the hour).
KOSI 101.1 Adult Contemporary (One that always gets ratings in the top 3 in the market, but is a nice cure for insomnia since they still play Celine Dion, Kenny G, etc. Ratings I believe are based on accidental listeners in doctor's offices and most workplaces since this is a PPM market).
101.5 KTNI (Listed as alternative, and was a very good alternative station at one time (think the OLD XMU) but didn't have the signal to support it, and the strongest signal area was out in the boonies where are farmlands are, it's now Glenn Beck-istan, home of conservative right-wing talk) Before it was Alternative, it was a fantastic americana station, but again, the signal wouldn't allow it to succeed.
103.5 KRFX Classic Rock. Rolling Stones, Lynyrd Skynyrd, Alice Cooper, Lather, Rinse, Repeat.
104.3 KKFN Sports. Was smooth Jazz but went sports when the local station (formerly on 950) decided it might be a nice idea to go FM. It was the flagship station of the Nuggets and Avalanche when it was on AM, once it was on FM, that all changed.
105.1 KXKL Oldies - Was true oldies, for the most part, now it's the 'greatest hits of all time' with stuff like Foreigner and Blondie, another regurgitated Classic Rock station.
105.5 KJAC - JACK FM, not much more needs to be said.
105.9 KALC - Hot AC. Was a fun station to listen to in it's early days, my favorite show was the Lost 80's lunch, where they went deep in the archives to find some hidden gems. Now it's another Hot AC station playing Nickelback over and over.
106.7 KBPI - Active Rock. Another Heritage station that became a shadow of itself once Clear Channel bought them.
107.5 KQKS Hip Hop - Even calling it Hip-Hop (at least TRUE hip-hop) would be wrong, but it does well in the ratings and the Denver Market is about as unoriginal as it gets when it comes to formats, so it's not going anywhere soon.

So if you're coming to town, be sure to bring your SL2 or your iPod.

And you'll notice, out of all those stations, only 4 are highlighted. That's about the extent of what I listen to when I'm not on one of my Internet radio services. And it's also the reason I may well return to SiriusXM one day.

Another CBS owned Pittsburgh Station is flipping formats again for the 3rd time in 4 years.

Numerous local news outlets report that 93.7 FM will soon become "93.7- The Fan", which will be an "All Sports, All the Time" style of FM Station.

First, WAMO (Urban) gets sold to a Catholic Ministry, and now B-94 (Top-40) Flips again for the second time, this time right back to FM talk.

FM Radio is in serious decline in Pittsburgh. If visiting, I would definitely recommend bringing your Sirius or XM unit, or prepare for boredom!

I have what Jon has, thanks for doing all the work Jon

I grew up in Cincinnati, so I'll do this one first.

As you can see, pretty pathetic. Nothing resembling a decent alternative station, and way too much country.

almaniac27 said:
I grew up in Cincinnati, so I'll do this one first.
Click to expand...


IdRatherBeSkiing said:
I won't do it. Here is what I know from advertising and my distant memory. Toronto stations only not Buffalo stuff which we also get.

This used to be called "Easy Rock" playing "Soft Rock". Now it has flipped to "Toronto's Greatest Hits" and they seem to be advertizing it as 80s hits -- sort of another JACK type format.

We usually have at least 1 format flip and/or DJ firings every yearly cycle.

almaniac27 said:
I grew up in Cincinnati, so I'll do this one first.

As you can see, pretty pathetic. Nothing resembling a decent alternative station, and way too much country.
Click to expand...

There was a station (I though 106.something) that was alternative back in 95 or 96 or so. They jumped formats pretty often. (Chanel Z?) I'm pretty sure that it switched to crap before I moved back up here (97).

On my trips through that area, I always remember WHKO's monster signal. That thing really gets out.

Is the 'old' WOXY still Internet only, or did that go away too?

EDIT: Must still be around since they have an iPhone app.
J

Jon said:
Is the 'old' WOXY still Internet only, or did that go away too?

EDIT: Must still be around since they have an iPhone app.
Click to expand...

They are still there like KNAC broadcasting what they did back in the day.

NOTE: The Fox Sports that plays music (brokered) on Saturday mornings plays a great variety and I would pay money to listen to them - and too bad XM/Siri doesn't have a variety music channel like they do!

Canada. Just another colonial from the Antipodes. 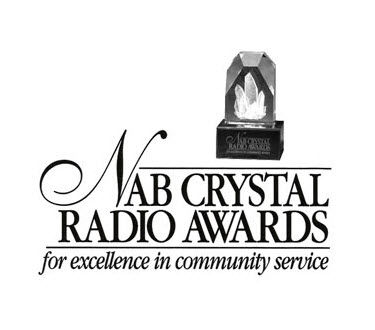 The National Association of Broadcasters has announced its 50 finalists for the 30th annual NAB Crystal Radio Awards. The event recognises radio stations for “outstanding year-round commitment to community service.” Ten Crystal Radio Award recipients will be chosen by a panel of judges representing broadcasting, community service organisations and PR firms.​
Click to expand...

I think this gets the award for oldest thread resurrection - 7 years!
Reactions: HecticArt and goreds2

IdRatherBeSkiing said:
I won't do it. Here is what I know from advertising and my distant memory. Toronto stations only not Buffalo stuff which we also get.

We also have CBC Radio 2 and CBC Radio 3 and some French and foreign language crap here but no idea where.
Click to expand...

Denver radio actually doesn't suck nearly as bad as it did when this thread was still active. Jack FM is gone and there are two new public radio stations that play a good bit of alternative/indie rock. Kinda like a college station but not affiliated with any colleges. A lot of the bands coming from the area probably helped that. Even the Clear Channel stations are somewhat listenable nowadays. The main complaint is there are a bunch of formats missing, no Classic Country, no Smooth Jazz, no Classic R&B (at least not one with any kind of signal strength).
You must log in or register to reply here.
Share:
Facebook Twitter Reddit Pinterest Tumblr WhatsApp Email Share Link
Top Bottom