I don't see a thread talking about the Space Shuttles, since they're all retiring this year. Now that Space Shuttle: Discovery has retired, here the latest news about Endeavour's and it won't be launching until sometime on Monday.

A historic next-to-last space shuttle launch was scratched Friday because of mechanical problems, spoiling a visit from the president and dashing the hopes of the biggest crowd of spectators in years, including the mission commander's wounded wife, Rep. Gabrielle Giffords.

President Barack Obama and his family visited Kennedy Space Center anyway but it was unclear whether he would meet with the Giffords. She is recovering from a gunshot wound to the head, and it was not immediately known whether she would stay in Florida for another try or return to Houston.

Giffords hasn't been seen publicly since the Jan. 8 assassination attempt. She left her rehabilitation hospital in Houston on Wednesday for the first time to travel to Florida for her husband's launch.

The Arizona congresswoman, who has difficulty walking and talking, was expected to watch the 3:47 p.m. liftoff in private with other astronauts' families.

"Bummed about the scrub!! But important to make sure everything on shuttle is working properly," her staff said via Twitter.

Launch director Mike Leinbach said the next try would be Monday at the earliest — and hinted at even a longer delay. Technicians will have to crawl into the engine compartment to track a suspected electrical short in a power distribution box, and that will take time.

Leinbach said the delay was "unfortunate" for commander Mark Kelly and his crew. The six astronauts were en route to the launch pad when the countdown was halted. NASA's silver-colored astrovan did a U-turn at the launch control center and returned them to crew quarters.

"It's the nature of our business," Leinbach said. "We'll fly no orbiter before its time, and today she just wasn't ready to go."

The news took guests by surprise as well as journalists who were outside watching the astrovan drive by. There was confusion when the van pulled into the driveway in front of launch control and parked there for several minutes, rather than head straight for the pad three miles away. Then the official announcement came over NASA's broadcast lines.

Tammi Flythe, among the thousands gathered across the Indian River in Titusville with her two children, was crushed. They traveled in from Tampa.

"I really wanted my son to experience this," she said.

"We had planned this for several days," he said. "My wife has to work this weekend so we may have missed the chance to see our first launch."

As many as 700,000 people were expected to crowd nearby coastal communities. For days, police have been warning of massive traffic delays. After Endeavour, there's only one more space shuttle flight — by Atlantis — before NASA ends the 30-year-old program and retires the fleet to museums.

Astronaut James Kelly, a two-time shuttle pilot, took the news in stride at the press site at Kennedy Space Center. "When you have technical problems, you delay. That's it. You delay," he said.

"Of course, it's always disappointing, especially for the crew," added astronaut Clayton Anderson, a former space station resident. "NASA has a great safety record and they're going to do it the right way. They're going to pull it back and do what's right. They have to."

Since arriving aboard a NASA jet on Wednesday, Giffords whereabouts have been keep secret. Her doctors had said she was "medically able" to travel and that they viewed the trip as part of her rehabilitation.

After the launch was called off, a close family friend said her family and staff were deciding whether Giffords should stay in Florida or return to Houston as soon as possible. The friend, who asked not to be named because he was not authorized to speak for the family, says the decision is not based on her health, but rather logistics.

In late morning, one of the prime heaters for the fuel line powering one of Endeavour's three auxiliary power units failed. At the same time, another heater was acting up.

Leinbach said both heaters need to be operating for redundancy. The power units provide hydraulic pressure to the main engines at liftoff and to the rudder and speed brake during landing.

The short appears to be in a switchbox or an electrical line leading to it, Leinbach said.

Endeavour's upcoming mission to the International Space Station is the last in its 19-year history. The shuttle was built to replace Challenger, destroyed during liftoff in 1986, and made its maiden voyage six years later.
Last edited: Apr 29, 2011

can't wait to go see Endeavour when it's on display in LA!

ProperModulation said:
can't wait to go see Endeavour when it's on display in LA!
Click to expand...

I'm definitely gonna see a shuttle when I'm in a city one is displayed in!

Houston should have received one.

I saw Enterprise when it was at Ellington back in 1978: memebag said:
Houston should have received one.
Click to expand...

I agree since they have Johnson Space Center, where they mission all the space flights and International Space Station. That could have brought millions to the city of Houston. But here the final retirement places.

memebag said:
Houston should have received one.

I saw Enterprise when it was at Ellington back in 1978:

Sweet! My parents have a similar pic from the early 80's or so when we went to see it at Peterson AFB. I was too young to really remember details but I do remember going to see it.

I bet it's tough to pilot that plane with that kind of a load piggybacking on it!

I remember when I was going to High School in Houston in the late 90's, when I was leaving my class to go outside. Several people were looking up in the air and I saw that plane giving one of the shuttles a piggy back and found out later in day that the shuttle made a special stop in Houston. So that the closest, I ever got to seen a shuttle fly.

Apparently it's about the same as flying a normal 747:


blyons200 said:
I bet it's tough to pilot that plane with that kind of a load piggybacking on it!
Click to expand...

Hell if you think that tough, just imagine flying the vomit comet. 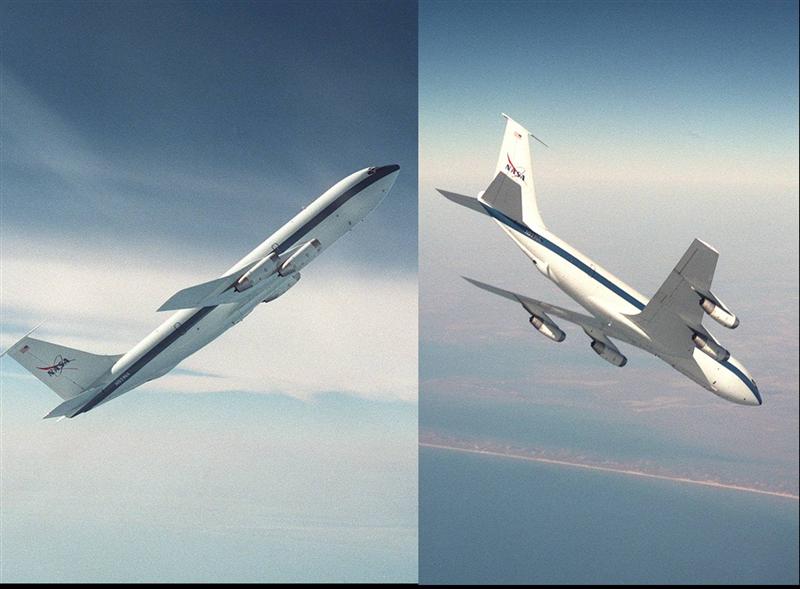 I saw one of the space shuttles docked at Cape Canaveral in 1984.
Or maybe it was a replica? :idunno:

me and my buddies did that in a Mooney flying back from Big Bear. It's way fun!

ProperModulation said:
me and my buddies did that in a Mooney flying back from Big Bear. It's way fun!
Click to expand...

That cool to hear that and I bet that would be fun flying in zero gravity for a few seconds, because that plane is a major roller coaster in the air.

its so freakin cool. i can see the launch from here if its at night. kennedy center is like 4 hours from me. i hear this latest launch is re scheduled for 3pm tomorrow. i hope they delay it till like 9 or so. id like to see it.

JHDKoopman said:
its so freakin cool. i can see the launch from here if its at night. kennedy center is like 4 hours from me. i hear this latest launch is re scheduled for 3pm tomorrow. i hope they delay it till like 9 or so. id like to see it.
Click to expand...

take some pictures if you get to see it!

ProperModulation said:
take some pictures if you get to see it!
Click to expand...

i entered one in one of our photo contests. from here it just looks like a big ball of fire going up into the sky. it leaves a cool trail too.

Sherbert is not and never will be ice cream

WolfViper said:
I agree since they have Johnson Space Center, where they mission all the space flights and International Space Station. That could have brought millions to the city of Houston. But here the final retirement places.

Technically pieces of Columbia are over Texas are they not? I am sure they didn't find all of them.

CAPE CANAVERAL, Fla. â€“ Endeavour blasted off on NASA's next-to-last shuttle flight, thundering through clouds into orbit Monday morning as the mission commander's wounded wife, Gabrielle Giffords, watched along with an exhilarated crowd estimated in the hundreds of thousands.

ProperModulation said:
take some pictures if you get to see it!
Click to expand...

big downer. the launch went down in the morning after it was already light out so i couldnt see anything. but hopefully in a few years when the new space machines start launching ill be able to see them. but maybe not. it seems like they are much smaller and dont have that huge orange gas tank which i think is what im seeing from down here, a couple hundred miles away.
You must log in or register to reply here.
Share:
Facebook Twitter Reddit Pinterest Tumblr WhatsApp Email Link
Top Bottom