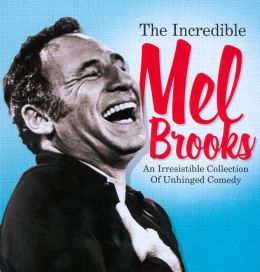 “Mel Brooks Radio” will launch on*Saturday, April 27*at*midnight ET*via satellite on channel 96, as well as via the SiriusXM Internet Radio App for smartphones and other connected devices online at*siriusxm.com. The channel will feature Brooks sharing personal stories and anecdotes about the making of some of history’s most iconic comedies, including*Blazing Saddles, Young Frankestein, Space Balls*and*The Producers, which will be released as a Collector’s Edition Blu-ray/DVD combo on*July 2.*SiriusXM listeners will also hear excerpts from the recently released DVD box set*The Incredible Mel Brooks:* An Irresistible Collection Of Unhinged Comedy*as well as songs from the soundtracks of his films.

Moderated by Apatow, the “Town Hall” special will feature the legendary comedian answering*a variety of questions from the studio audience about his celebrated career, including the new*PBS*documentary,*American Masters Mel Brooks: Make A Noise, which is scheduled to premiere on*May 20, and will be released on DVD on*May 21.

“I grew up listening to the radio, so it holds a special place in my heart.*I’m thrilled to be on SiriusXM and only wish I could have listened to ‘Mel Brooks Radio’ when I was a kid, but of course physics got in the way,” said*Mel Brooks.

“We know we are on firm ground describing*Mel Brooks*as a comic genius of legendary proportions and we are honored to have him meet our subscribers in an intimate setting,” said*Scott Greenstein, President and Chief Content Officer, SiriusXM. “What makes it even better is having*Judd Apatow, one of the most successful directors of comic films in the last decade, moderate the special. Bringing these two comic stars together is the kind of great chemistry we look for with our ‘Town Hall’ series.”

---
View the original Article at Digital Radio Magazine or discuss it here.

I think I'll go cook up a big pot of beans and invite a few friends to sit around the campfire for this!

It's good to be the king!
M

I listened to a little bit of the Mel Brooks radio show. I forgot he did Get Smart

MadisonRadio1 said:
I listened to a little bit of the Mel Brooks radio show. I forgot he did Get Smart
Click to expand...

One of my favorite classic TV shows of all time! Had some great guest stars like: James Caan, Johnny Carson, Ted Knight, Don Rickles, & my favorite Bernie Kopell(Doctor on the Love Boat) who played the unforgettable KAOS agent Siegfried with that pretentious German accent!

Watch this clip of him. Mel was a genius!!:
[ame=http://www.youtube.com/watch?v=3KF5NfzmIvU]Get Smart - 217 (Siegfried) Someone Down Here Hates Me - YouTube[/ame]
M

mikeargo said:
One of my favorite classic TV shows of all time! Had some great guest stars like: James Caan, Johnny Carson, Ted Knight, Don Rickles, & my favorite Bernie Kopell(Doctor on the Love Boat) who played the unforgettable KAOS agent Siegfried with that pretentious German accent!
Click to expand...

Indeed that was one funny show. I have the first season dvd. And I think it's on METV tonight at midnight after Svengolie and Voyage to the Bottom of the Sea. I always joke at work about using the cone of silence because nothing is ever kept discreet.

MadisonRadio1 said:
Indeed that was one funny show. I have the first season dvd. And I think it's on METV tonight at midnight after Svengolie and Voyage to the Bottom of the Sea. I always joke at work about using the cone of silence because nothing is ever kept discreet.
Click to expand...

"Only missed it by that much!"
I even enjoyed Anne Hatheway & Steve Carrell's remake

Coming up in 5 minutes

Coming up in 5 minutes

SIRIUSaboutXM said:
Coming up in 5 minutes

Update: starts at 6am ET

I thought they were bringing back Mel Brooks Radio.

The David Bowie Channel to Launch on SiriusXM

Limited-run channel to exclusively premiere the five unheard songs from Bowie's "The Next Day Extra," which will be released on November 5 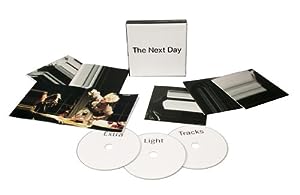 The David Bowie Channel will launch on Wednesday, October 30 at 12:00 pm ET and will run through Tuesday, November 12, via satellite on channel 111. The David Bowie Channel will be available as a 24/7 channel online and through the SiriusXM Internet Radio App for smartphones and mobile devices beginning Wednesday, October 30 for an extended period.

The limited-run channel will feature music from the vast body of artistry from Bowie's entire career, from his earliest recordings through 2013's The Next Day. The David Bowie Channel will also exclusively premiere the five unheard songs from Bowie's The Next Day Extra, the 3 disc collectors edition; the songs will only be heard on The David Bowie Channel until November 5, the day The Next Day Extra is released. Listeners will hear rare tracks and demo versions of some of Bowie's greatest songs as well as artists including Beck, Annie Lennox, Nirvana, Tears For Fears, Barbra Streisand, The Wallflowers, The Red Hot Chili Peppers, Duran Duran, Scott Weiland and Dinosaur Jr. interpreting Bowie's music.

"'Icon' gets thrown around a lot, but for David Bowie, one of pop and rock music's greatest, most unconventional artists, it's textbook accurate. We can't wait to bring to our listeners a full-time channel that offers an expertly curated deep dive into his artistic genius. From Major Tom to Ziggy Stardust to the Thin White Duke through his latest work, The Next Day, the channel will bring together every phase of his pioneering music, and all will hear this enduring body of work, which is as relevant today as it was at each and every phase of David's storied career," said Scott Greenstein, President and Chief Content Officer, SiriusXM.

David Bowie's extensive, legendary catalog is one of the most revered in popular culture, and includes all-time great million selling albums and artistic landmarks such as The Rise And Fall Of Ziggy Stardust And The Spiders From Mars, Aladdin Sane, Young Americans, Low, Heroes, Scary Monsters, Let's Dance, The Buddha of Suburbia and more. Within the featured catalog are Top 30 Billboard hit singles including Space Oddity, Young Americans, Fame, Golden Years, Let's Dance, China Girl and Blue Jean.

For more information on David Bowie and The Next Day Extra, please visit David Bowie | David Bowie's new album "The Next Day" featuring "Where Are We Now?" and "The Stars (Are Out Tonight)" available now..

This should be fun for a while. :bigthumbup:

Just in time for Halloween!

He's been one of Rock and Roll's most influential musicians for decades...and now he has his own limited run channel on SiriusXM. The David Bowie Channel launches NOW on channel 111 and on line on Ch 715 LE3.

Not a big fan of Bowie, but I must admit it's pretty darned cool so far :thumbsup:
I have to wonder what his career would have been like without the killer licks from his guitarist Mick Ronson- really an under-rated and very unheralded musician who also played with Ian Hunter of Mott the Hoople.

Ronson was a rockin' guitar player.
Bowie always seemed to surround himself with talented musicians and producers.

Did everyone enjoy the launch of the "Bowe" channel!?!

squigy0 said:
Did everyone enjoy the launch of the "Bowe" channel!?!
Click to expand...

They spelled it wrong?

HecticArt said:
They spelled it wrong?
Click to expand...