The polls are closed, the winner has been determined. Post your favorite FM Radio station here.

I'll go with 97.3 KBCO out of Boulder, CO back before it was bought by Clear Channel.
Reactions: MadisonRadio1

Thanks for post the results for ATW #191, but that was two weeks away. I forgot to post this week ATW and it would have been ATW #189 - Stephen King Week. So "Favorite FM Radio Station" and "Stephen King Week" can swap ATW weeks. But here are the remaining themes for 2014.

I'm going with Arizona #1 radio station 98 KUPD! Plus I prefer their morning show over Howard Stern, it a bit more entertainment to listen to. KRBZ 96.5 The Buzz, an alternative rock station in Kansas City.

WKLQ Grand Rapids before Citadel management screwed over Howard Stern, most of the jocks and made it a shell of what it used to be. Thankfully, Citadel is no more but neither is KLQ. 94.5 is now (barf) Nash FM, playing fake country music.
Reactions: MadisonRadio1

A bit of history:

WLS FM Chicago Oldies with Dick Biondi and John Records Landecker. I use to stream it on the Squeezebox radio.

Looks likes Lots of nice picks of others favorite local broadcasts
So far no SiriusFM jokes.

WTIX in New Orleans.. an oldies station with a very large playlist, by FM radio standards.

gotta go with 94.1 wysp philly. the station that brought me howard from when i discovered him in 97 till 06. its no longer wysp now 610 wip am is now also on 94.1. im happy with that though. wip was always my go to for philly sports and if i were still in philly id be happy to get the channel with better sound quality. 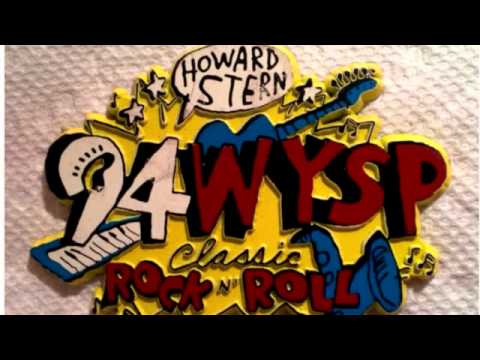 I started listening to KQUE in the late 1980s. They had a really strong signal and played an eclectic mix of "beautiful music" and oldies. Stuff like Chuck Berry, Frank Sinatra, Gogi Grant, Petula Clark, Roy Orbison and Patsy Cline.

Paul Berlin was the top DJ. He would call Don at Don's Record Shop in Bellaire and ask him which 45s were hot that day. He was doing this crap up into the 90s, long after normal people had stopped buying 45s. I know because I was standing at the cash register buying some Dusty Springfield and Brazil 66 (two versions of "The Look of Love") one day when Don had to stop and take the call.