Art being Art...There's always something shady going down in that man's life.

Looks like someone threw a left hook to me, but that's just speculation.

With a honker that swollen, I'd expect to see a black eye if he got clocked by someone.

Artie arrested for failure to appear. 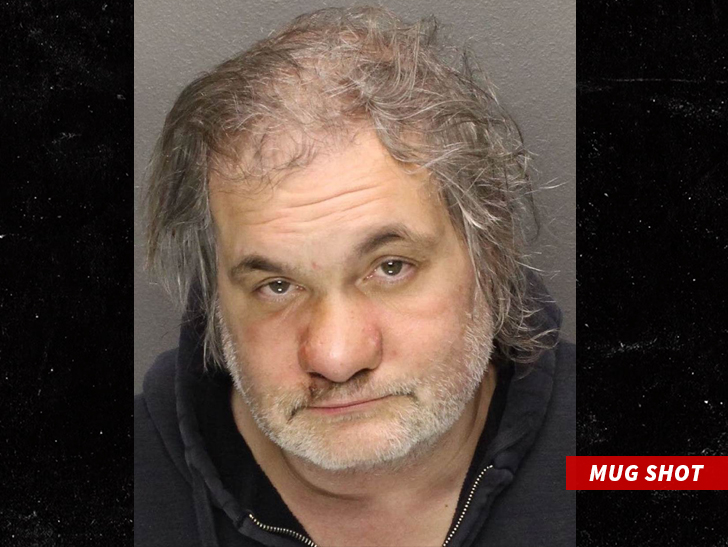 The Butler said:
Artie arrested for failure to appear.

Why post that photo online? Are people supposed to feel bad for him? The cops knocked him around because he was joking around, probably strung out when they pulled him over.

I hope Dana is doing well.

In December, he pleaded guilty to possession of heroin and is scheduled to be sentenced on February 23.

I knew about the December part, where he got arrested again for missing a court date, but I didn't know about his sentencing in February. I imagine he is facing years of probation at best and maybe even a couple months in jail. The jail part seems like a stretch though. Even though he missed a court date and has a heroin charge, he is famous and has fancy lawyers. Even still, years of probation are no joke for Art. He seems to have a public relapse every couple years so if he has to be on probation for longer than that he may not be able to get through it without violating.

Artie's sentencing was scheduled for tomorrow, but his lawyer had it postponed as Artie is back in the hospital.

The Butler said:
Artie's sentencing was scheduled for tomorrow, but his lawyer had it postponed as Artie is back in the hospital.
Click to expand...

Wow. Art is even a mess by Art standards these days.

Artie is out of the show with Anthony.

Artie Out! Lange Leaves the Artie and Anthony Show - The Interrobang
Reactions: JHDK

kryptonite said:
Artie is out of the show with Anthony.

Artie Out! Lange Leaves the Artie and Anthony Show - The Interrobang
Click to expand...

On the show today Cumia explained Artie’s departure. “Artie is apparently in the hospital,” Cumia told his audience. “The drugs have done things to various parts of his body that need immediate medical attention,” he added. He explained that Maresca had visited Artie in the hospital, and it was determined that Lange was in “extreme danger” both physically and legally. The latter refers to his court date set for later this week where he is set to be sentenced for his last drug-related arrest. “It’s much too serious,” he said, “I’m sorry to say.” Although Cumia didn’t say that the Artie and Anthony Show would officially end, he said the partnership was over “for the foreseeable future.”

That is a sadly interesting paragraph. I'm very interested to learn what happens with the courts. Also, how long can he go on like this? People have been predicting his death for over a decade now and he always manages to survive and yet it always feels like dying is right around the corner.

I think we all knew this wouldn't be a years-long project for Art. Even still, 8 months with the new show is shorter than I expected.

I'm not sure this is a joke, especially during the Roseanne mess.