From 1986 to 2005, Howard Stern's morning show at WXRK in New York was syndicated nationally. At its peak, it was carried on 60 stations in the United States and Canada and had an audience of 20,000,000. Stern has been heard on SiriusXM Satellite Radio since 2006.

Howard Stern is retiring from radio after 35 epic years on the air. The media mogul shocked fans this morning when he announced that he would be signing off The Stern Show after his contract is up in 2020. "When I get out of radio. I'm getting out, man. I'm pretty sure I'm almost out the door," Stern, 65, told his longtime cohost, Robin Quivers. "I'm getting out anyway because I realize radio is affecting my health. When I'm home on the weekends, I'm fine. And then when I come here, all kinds of s*** happens. I won't get into all the details, but I get all f***ing anxious, and medical issues. I’m getting out. I’m done. Two years and I'm out of here." 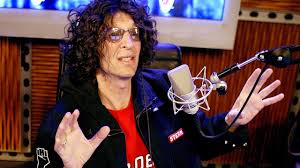 I'll believe it when I see (hear) it.

JHDK said:
I'll believe it when I see (hear) it.
Click to expand...

Agreed. He said he was done as early as the contract ending in 2000.

Remember the "sim cards" that everyone was supposed to have in their cars and you could buy a special sim card to get the show?

I won't believe a thing until December 2020.

All this means is that his on-air contract negotiations have unofficially started. It's been the same game for years and years.
Reactions: JHDK
H

I used to love THSS in the early Sirius days but cancelled probably 10 years ago when his schedule was relaxed, multiple days/weeks off, replay after replay.

Recently got a trial run of SXM and STILL can't believe the amount of replays I hear during my limited time listening. It's nuts. He hung it up years ago.

Stupid story. They probably wrote it after they ran Jd's other news clips claiming the same thing. How long has he been saying this the last 5 years. More or less everyday. Not to say he won't retire next year but this was not the announcement radar is pushing.
You must log in or register to reply here.
Share:
Facebook Twitter Reddit Pinterest Tumblr WhatsApp Email Link
Top Bottom