Time to give a shout out to some Classical music. This is a great show I've caught a few times, but I keep forgetting about.

Boundaries
Saturdays 7 - 8pm ET
Call it alternative classical, classical crossover or "not very classical at all" -- host Paul Bachmann brings you an always-interesting blend of artists like, David Garrett, Il Divo, Izzy, Paul McCartney and Christopher Oâ€™Riley, along with classical arrangements of other genres such as jazz and rock. It's open-minded classical music for everyone. Rebroacasts Sundays 11pm - midnight ET

This week:
Paul's handing the Boundaries reins over to his pal Josiah Lambert from the indie rock channel SiriusXMU this weekend! Josiah had a chance to catch up with film/gaming composer Austin Wintory to talk the role of music in video games today (if you think it's all bleeps and bloops still, it's come a looooong way), and where this style of music is heading. Check out the link to see how an orchestra scores a video game (it's officially a great clip). Boundaries is Saturday at 7pm ET/4pm PT on Pops!

Go behind the scenes with Journey, the third game from the creators of the award-winning games flOwâ„¢ and Flowerâ„¢, and see how the game's soundtrack was recorded live. With music composed by Austin Wintory and performed by the Macedonia Radio Symphonic Orchestra, this trailer also features brand new gameplay footage never seen before:
[ame=http://www.youtube.com/watch?v=lNHtReya_p0]Journey Trailer - A Musical Journey - YouTube[/ame] 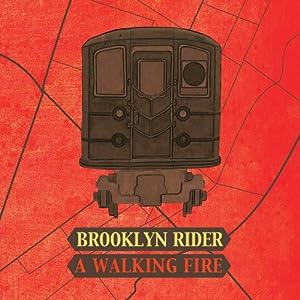 Bela is awesome! Not sure about this chamber music thing, but he hasn't let me down before. I'll have to try to catch this.

Boundaries
Tonight 7:00 pm ET
The Kronos Quartet visited the SiriusXM Performance Theatre to perform a new work by Bryce Dessner. Heâ€™s the guitarist of the Indi-Rock Band, the National. His work, titled â€œHomeward,â€ was inspired by his Grandmotherâ€™s journey from Poland to Brooklyn. Itâ€™s a work of pulsating, ecstatic rhythms and tight harmonies. The music and its performance can best be described as â€œgripping.â€