For those of you keeping score at home, here are two more songs to add to the list:

Many years ago, prior to the Sirius-XM merger, the '60s channel played He's Mine by Alice Wonder Land. (Some promo copies show her name as Alice Wonderland.) I was surprised to hear it again today. She was Alice Faye Henderson, who worked as a maid for a neighbor of Stephen Schlack. He heard her singing one day and signed her to a recording contract. Schlack and Howard Farber were songwriters, producers and co-owners of Bardell Records. In its brief existence, 1960-64, Bardell released three singles by Tommy Walters, two by the Laddins, one by the Chevells, one by the Mar-Vells and the one by Alice Wonder Land, which was the label's only chart hit.

Schlacks and Farber wrote and produced He's Mine. After it started getting airplay, it was picked up by London Records and reached #62 on the Billboard Hot 100 in October 1963. Alice recorded a follow-up, It Was Only A Dream, for United International Records. It failed to chart and that was the end of her career. Or was it? In 1964, a "Marie Antoinette" released He's My Dream Boy on Providence Records. The song was co-written by Schlaks and produced by Schlaks and Farber – and Marie Antoinette certainly sounds like Alice Wonder Land. Hmm. Here are both songs. Judge for yourself.

Played during today's Satellite Survey countdown: Tell Me Mama, Christine Quaite's only US hit. It reached #85 in May 1964. Quaite was born May 11, 1948 in Leeds, England. At age eight, she began singing in talent contests and amateur shows. After placing second in a talent show in Manchester, she was offered a recording contract by Oriole Records. She recorded her first single, Oh My! at 13. Her follow-up was a remake of Johnny Crawford's Your Nose Is Gonna Grow:


Quaite recorded six singles for Oriole, 1962-64, including Tell Me Mama (November 1963), which was released by World Artists in the United States (and misspelled as Tell Me Mamma). World Artists also released Quaite's Mr. Stuck-Up in the US. She then signed with Laurie Records and recorded Bobby Goldsboro's If You've Got A Heart but the single was never released in the US.

Oriole went bankrupt in 1965 and Stateside, another British label, released If You've Got A Heart in July 1965 and a follow-up single, Long After Tonight Is Over (written by Burt Bacharach and Hal David), in January 1966. Later in 1966, Laurie released Quaite's Huggin' My Pillow, a previously unreleased song she had recorded for Oriole. By age 18, she was out of the music business. Here is Tell Me Mama, which was written by Charles Gambel, Ellen May and Gerry Granahan (lead singer of Dicky Doo & The Dont's):

Today on the Satellite Survey countdown for this week in 1960, the Echoes' Born To Be With You was played. The song was written by Don Robertson and became a #5 hit for the Chordettes in 1956. Robertson does some whistling on the recording. He had a top-ten hit of his own in 1956 with The Happy Whistler. The Echoes, not to be confused with the same-named group who had the 1961 hit Baby Blue, were Bonnie Guitar and Don Robertson. They recorded Born To Be With You in 1960 – and Robertson whistles on that recording, too. Their version of the song never made the Hot 100. It stalled at #101.

Born To Be With You has also been recorded by Bing Crosby, Sandy Posey, Jack Greene, Kitty Wells, Silkie, Dion, Frankie Laine, Anne Murray, Leo Kottke, Dave Edmunds, Jimmy Gilmer, Sonny James, J.D. Crowe, Jean Shepard, the Browns, the Living Strings, the Paris Sisters and the Wilburn Brothers. Don Robertson also recorded a solo version in 1965. Here is the Echoes' version, which is dramatically different from all the other versions and has way too much percussion – and maybe that's why it wasn't a hit:

Played on the '60s channel today: Richard Chamberlain's Blue Guitar. It was written by Burt Bacharach and Hal David and reached #12 on the adult contemporary chart and #42 on the Hot 100 in November 1963. The B-side was also a Bacharach-David composition, a nice little ballad called Close To You. Yes, Chamberlain was the first to record it – and after you hear the first ten seconds of it, you'll know why it was not the A-side.

Today on the Satellite Survey countdown for this date in 1961 – Gary US Bonds' Quarter To Three was number one – Dave Hoeffel played several extras, including Alan Dale's Monday To Sunday, which never made the Hot 100. It stalled at #101. Alan Dale was born Aldo Sigismondi in Brooklyn. His father Aristide sang and performed comedic roles on Italian-language variety programs on WOV and WMCA and, as a child, Aldo frequently joined him. In 1944, Aldo changed his name to Alan Dale and became a vocalist with the Carmen Cavallaro Orchestra. In 1947, Dale was the featured vocalist on the Ray Bloch Orchestra's #11 hit Kate, Have I Come Too Early Too Late.

Dale hosted two television variety series, both called The Alan Dale Show; one aired on the DuMont network in 1948 and one ran on CBS in 1950-51. Dale recorded solo for six different labels and had hits in the 1950s with Sweet & Gentle, Cherry Pink & Apple Blossom White, I Cry Again, Rockin' The Cha-Cha and Don't Knock The Rock, the title song of a movie in which he appeared. Here is That's A Teenage Girl, the B-side of Monday To Sunday. It should have been the A-side:

Vote for the best feel-good songs of the 1960s
'60s on 6 wants to know which songs from the 1960s make you feel good! Vote for your favorite feel-good tracks, then tune in to hear the results, played back as you voted on them, beginning April 24 at 7 PM ET on '60s on 6. 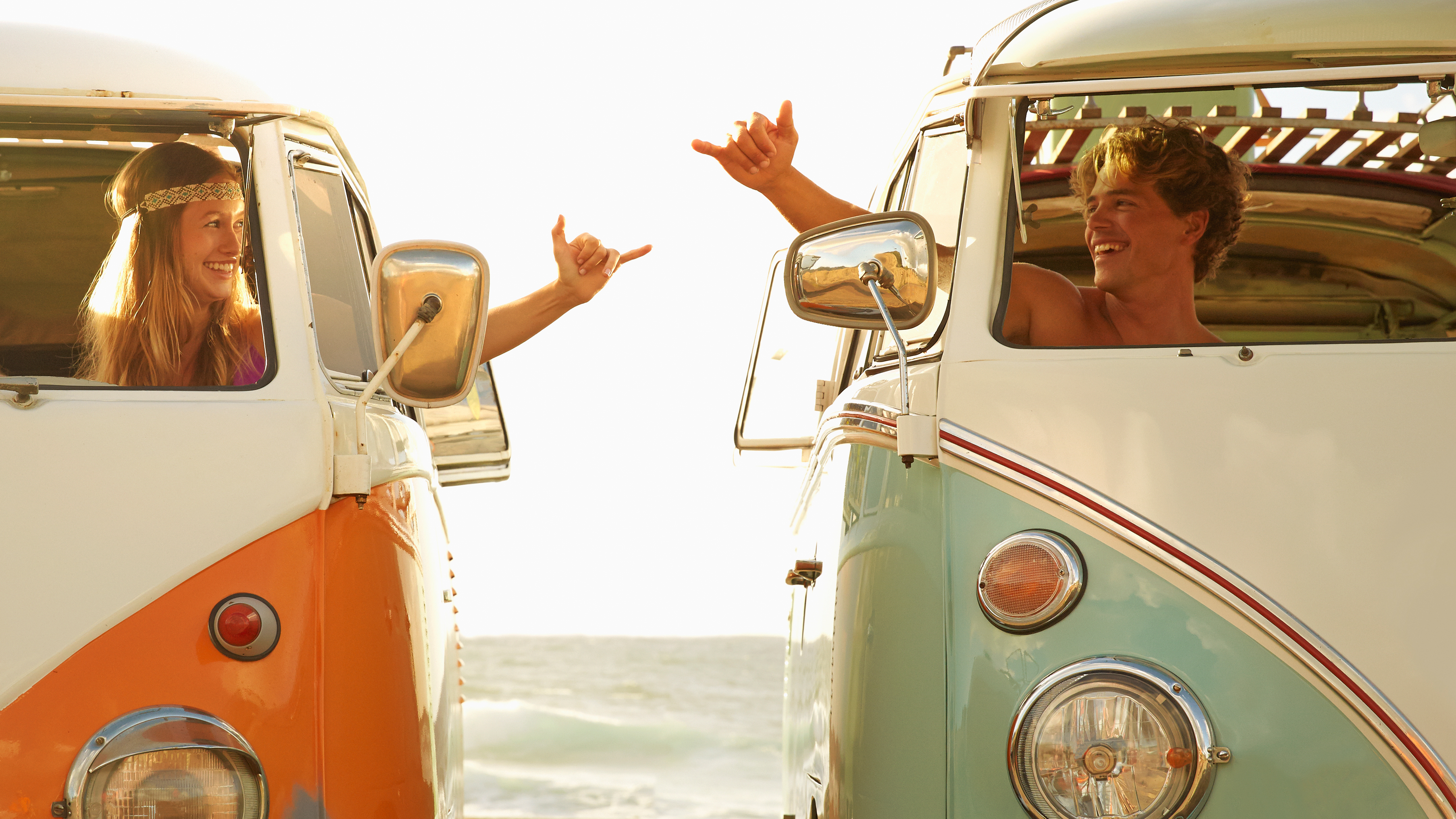 Vote for the best feel-good songs of the 1960s

60s on 6 wants to know which songs from the 1960s make you feel good! Vote for your favorite feel-good tracks, then tune in to hear the results, played back as you voted on them, on May 1 at 7pm ET…
blog.siriusxm.com

Shotgun Tom Kelly just played How Many Tears by Bobby Vee and the Johnny Mann Singers on the '60s channel. It was written by Gerry Goffin and Carole King and should have been a hit but it stalled at #63 on the Hot 100 in June 1961. It did much better in Los Angeles, though, reaching #23 on the KRLA Tune-dex and #25 on the KFWB Fabulous Forty. Here it is:

On today's Satellite Survey countdown for this week in 1961, Neil Scott's Bobby was played as an extra. It would stall at #58 on the Hot 100. Scott, born Neil Scott Bogatz, became better known as Neil Bogart. After studying at Brooklyn High School of the Performing Arts, he worked as a singer on cruise ships. He briefly worked in advertising at Cash Box magazine before becoming an executive with Cameo-Parkway Records in 1965. Two years later, he became general manager of Buddah Records. Bogart formed Casablanca Records in 1973 and founded Boardwalk Records in 1980 after selling Casablanca to PolyGram. Bogart released seven singles between 1960 and 1967. Bobby was the only one that charted. In 1963, he recorded Chantilly, Silly Sort Of Daffy As A Dilly Little Fussy Little Frilly Little One Piece Bathing Suit, a parody of Brian Hyland's Itsy Bitsy Teenie Weenie Yellow Polka Dot Bikini. Listen at your own risk!